Acquired during the summer, the latest one [1] meter Orthophoto, or as it is mostly commonly called "raster imagery" or imagery for short, will serve as your visual backdrop by default for the U.S. The frequency of the intervals for the imagery is typically on a two [2] year cycle for many but not all states. Larger states, namely Texas, may come into a longer span of frequency for new imagery. 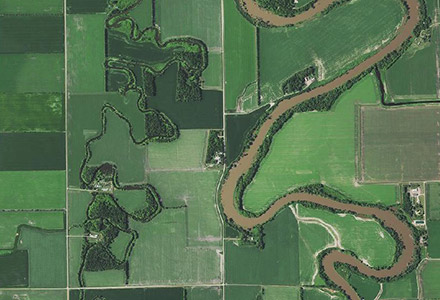 Historical datasets are made available for your use for that layer by choosing the desired, available year in a drop down.

The earlier, older dataset's resolutions could be at a lower than one [1] meter. Regardless, it makes for an excellent resource if you are looking for anomalies that may be occurring or have the potential to occur. You may also want to use it as another reference for any indication of possible activity if you are managing land from afar.

The Hillshade is an adjustment layer to the NAIP imagery. It provides a visualization of the elevation changes by adding a shadowing effect.

For the two Canadian provinces, Manitoba and Saskatchewan, that we serve, the imagery will auto switch to "Air Photo". However, the imagery here is for a span of years such as 2008 - 2010. Otherwise the behavior, as far as having the latest imagery or being able to disable the imagery layer is the same as the U.S. land imagery. 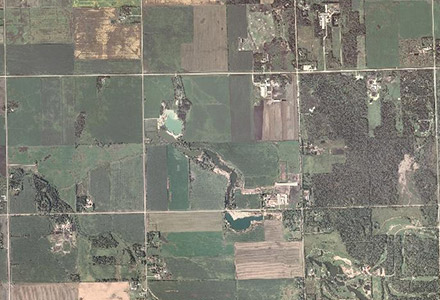